UMEK: I see Aurora as a sanctuary, a community 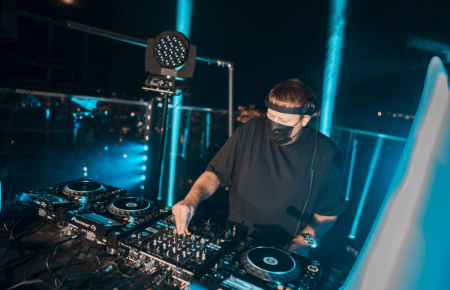 One of the most recognizable Slovenian DJs, DJ UMEK, performed at the premiere of the new audio-visual gallery –  Aurora. First appearance of the spectacular lights was seen and heard at the top of the InterContinental hotel in the city center of Ljubljana, Slovenia. The Aurora event was then spread online to the rest of the world, where tens of thousands of techno music lovers were watching it from more than 50 countries around the world.

After almost six months pause DJ UMEK was given the opportunity to perform again. In front of a small live audience, not just his wife and close colleagues, as he joked before his set. Exclusive rooftop set was the premiere of Aurora. New avdio-visual gallery for all electronic music lovers.

It was only with this performance that UMEK realized how much he misses performances, parties and the crazy lifestyle. A lifestyle he lived until March this year, when the pandemic started and thus a new way of life.

These are some unforeseeable times for the whole planet and especially the music industry. How do you see it?

The music industry is in a strange situation. I don’t see any solution for now, until this whole thing calms down. Until there is a vaccine available and a lot of people actually get over COVID. Unfortunately, we have to wait and see what happens in the near future. Of course, I would say that now is the time for artists to connect. With each other and join forces for some projects.

Did you think that this whole lockdown will last as long as it did? How was your quarantine like?

In March I was performing in Australia at Ultra. After that I came home and the borders closed. I felt a void, it was awful. But at the same time for me, a man who can’t stop himself, I finally took a little break. But I can afford the break, some don’t. And not just musicians, everyone involved in the music industry.

My quarantine was not as different as any other working day during the week when I’m not playing music. I go to bed at 10pm or 11 pm and wake up between 6am and 8 am. I don’t remember that kind of rhythm since I went to elementary school. I found my biorhythm I forgot about. But I wouldn’t sign this for this for the rest of my life. During quarantine I was making new music, bootlegs, fresh stuff. But like many others, I didn’t have time to learn something new. I had so much work to do.

There were many virtual events and festivals happening during lockdown. What is your perspective on this?

There were a lot of virtual streams, events, festivals. It was amazing to see that in the beginning. But I just feel that it can get lost pretty quickly in the whole flood of virtual events now. I feel the solution is to develop something new. A new form that will connect all these live streams. I think the answer is also in interactivity, to stand out. But of course, it’s hard to do anything now with the money available to this industry now. However, we will see how many of these virtual events and platforms will survive in the future.

You opened up for Aurora. An audio-visual gallery that connects electronic lovers all over the world. How do you see this project evolving?

We as humans love to connect with people that love the same things as we do. If we share the taste for music, even better. I see Aurora as a sanctuary, a community where ideas are exchanged. I absolutely support this project. I am also glad that everything started here in Slovenia. I believe you are presenting an absolutely unique product.

At Aurora you have finally played in front of some people (very few, but still). How was the feelling?

I was looking forward to this set, I was actually going to a hotel and having a set in front of people. It wasn’t just my wife and a few close colleagues anymore. It was actual people. It was weird for me, playing at home in our living room. I prepared well for this first DJ set after a long time. I played new music as I always want to offer something new to the audience. This video now is a document of my music that I am leaving behind somewhere on the internet. So I always try to come up with something fresh.

What does the future hold for you?

I have some lined up concerts in front of me, in Switzerland. But I have a bad feeling. A feeling they will get cancelled. I had quite a few performances scheduled that were canceled, postopend and canceled again. I have a feeling that just before my departure for Switzerland, it will land on the red list. So I don’t know what the future holds. Many of my fellow music colleagues had to find new jobs, ‘real’ jobs. They are depressed, with no desire to make new music. Now musicians will have other jobs as well, image. I think this is terrible for our culture. As I have said, I am lucky enough to be able to afford a break, not everyone is.

Watch UMEK perform at the top of the Intercontinental hotel in Ljubljana and other Aurora events on our homepage: https://auroramusic.io/ 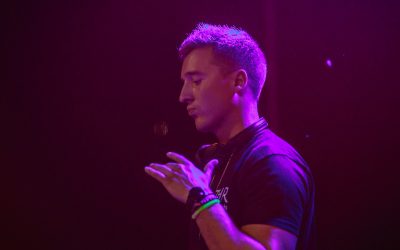 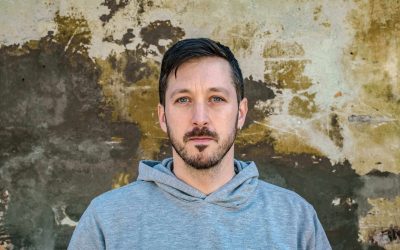 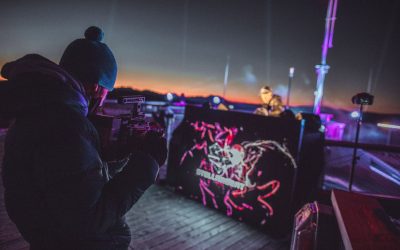 MIKE VALE: I was in awe of the location

Any cookies that may not be particularly necessary for the website to function and is used specifically to collect user personal data via analytics, ads, other embedded contents are termed as non-necessary cookies. It is mandatory to procure user consent prior to running these cookies on your website.